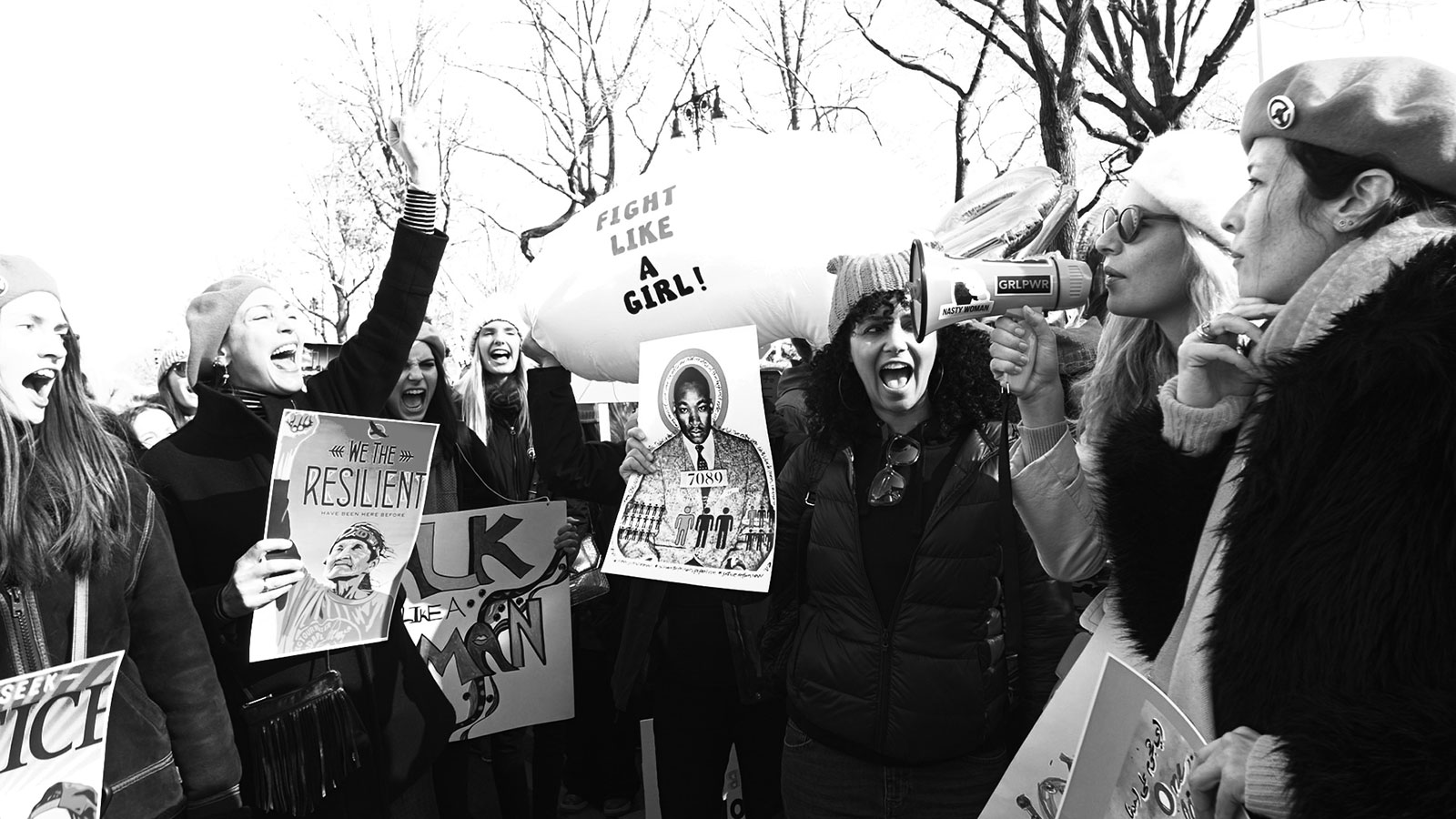 #TIMESUP! CHANGE NEEDS TO HAPPEN AT THE TOP

Last month millions of Americans across the country marched, as they did one-year prior. They were demanding gender equality, ending violence, LGBTQ rights, reproductive rights, worker’s rights, civil rights, disability rights, immigrant rights and environmental protection. Although each person attended the Women’s March for different reasons, all were united. They marched to send a message. It’s time to diversify the decision makers. The only way we’ll see systemic change and true equality is to ensure that those at the top represent everyone.

Before I move on I want to be transparent. Last Spring I sat down with my colleagues Sonic and Mitch to discuss ways Highlark can add a revenue stream. We knew we did not want to compromise our mission nor did we want to sacrifice our integrity. Therefore, we knew we could not go down the advertising model route. Instead, we created the Highlark Collective. The Highlark Collective is a marketing cooperative. We provide companies, bands, brands and personalities with disruptive, effective and fresh growth strategies to meet their overall objectives.

Meanwhile it’s important to us to keep the integrity of Highlark. We decided months ago not to post content that we were paid to create. We would use some of the money to ensure our content represents those who read us and to find writers and editors who can do that.  Recently we worked on a project with Elite Model Management NYC. We filmed a round table discussion the day prior to The Women’s March and then filmed Elite at the march. After reviewing the content, we agreed it should have a place on Highlark. We decided to post some of the work we did to continue this imperative conversation with our readers. Change needs to happen at the top. Decision makers need to be more diverse everywhere. Including here at Highlark. Please feel free to send us your feedback.

Following the round table, I spoke up. I said something along the lines of, “It is not lost on us that the three people filming and responsible for editing are men. I want you to know that we have been flies on the wall for similar discussions but this stood out. Being a witness to this level of intelligent conversation is rewarding and I want to thank you for allowing us to be hear, to be inspired and to be part of the necessary change.”

I pride myself on being pretty woke. I’ve spent many years working in grassroots progressive politics. I have worked on political campaigns for some of the more progressive democratic candidates. I’ve also read a lot including how to properly speak about these various issues. However, it wasn’t until January 19, 2018 that I fully grasped what the Women’s March is really about.

It is about ensuring that those decisions makers are as diverse as our population. Both men and women or those who identify as neither and those of various races, ethnicities, religions and sexual orientations. It’s hard to feel that you matter if you do not feel you’re being represented. 72% of corporate leadership from 16 Fortune 500 companies are white men. It’s important to note that only 16 of the companies release this information. Those 16 Fortune 500 companies account for 800,000 employees. At Google,  75% of those in leadership positions are men.  And yes,  50% of the population happen to be women.

Those responsible for representing us and creating rules and regulations we must live by are also predominately white males. In 2017 women hold 105 seats in the United States Congress comprising only 19.6%. They hold 21 seats in the United States Senate making up 21%. And although we currently have the most diverse congress ever according to The Hill, Hispanics make up only 8% of Congress yet 17% of the U.S. population. Of the 535 members of congress only 82 are black and 15 are Asian. Only 7 identify as LGBTQ.

In Hollywood it’s no different. Only 7.7% of films in 2015 were directed by women, according to an USC Annenberg School for Communications and Journalism report released in 2015.  That lead to only 28.1% of the female speaking characters across 700 films. Only 11% of films had a balanced cast.

According to that same report, of the 779 Hollywood directors in 2014 only 5.8% were black and only 2.4% were Asian. That lead to 73.1% of the top 100 films to be predominately white. Just 17 out of 100 films featured a lead or a co-lead from a racial or ethnic minority group. 86% of those films had no LGBTQ characters. Of those 14 films that featured at least 1 LGBTQ person, 84.2% were white. Newsflash, non-white people can also identify as LGBTQ.

The only way to have full diversity where everyone’s stories can be told, where everyone will feel represented, and where we will see the necessary systemic change we need to progress and to be stronger is if we continue to fight to ensure that those making the decisions from government officials, corporate boardrooms, journalists, advertising agencies, directors, writers and producers, and artists represent our diverse population. It’s not about having boardrooms of only women, it’s about making sure they represent 50% of them. That’s only fair. And it’s only right. It is about making sure that a women’s life is equal to that of a man’s life. Just like it’s about ensuring a black person’s life matters the same as a white person’s.

That is what I feel this movement is all about. It is what it has always been about. That is why I proudly marched with Elite Model Management NYC last month. And that is why we at The Highlark Collective were proud to work with them and to share with you their story like only they can tell it. We hope to get more opportunities to tell stories like theirs. And we plan to use Highlark.com to continue telling those stories.