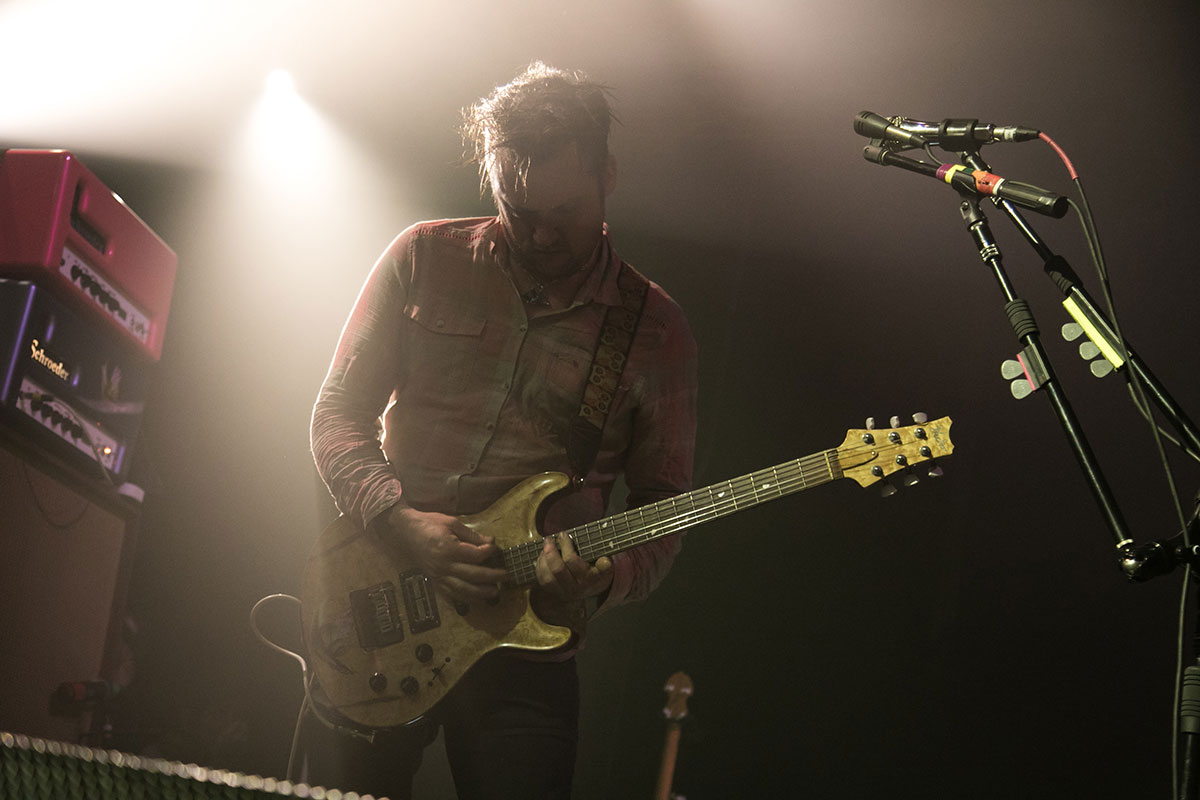 Modest Mouse preformed in front of a Sold Out crowd last Friday night in Raleigh, NC. The show was nothing short of eventful. Tensions were high as fans tried to find a good view. I nearly missed two male patrons getting kicked out for fighting in the middle of the crowd during the change over. The band took the hazy, dimly-lit stage shortly after 9PM and opened with “Dark Center” followed by “Bury Me With It, Poison The Well” and “Dashboard”.

Fans filled both floors of the roughly 1,800 person venue. It was actually pretty hard to get a good view unless you went to the second floor. I noticed a few people leave early and to some extent with how hot sweaty it was you wouldn’t blame them. Fans who stayed till the end were treated to an impressive encore, after a 20 minute wait, that included “Missed The Boat” and “Sugar Boats” and finally “Float On”. Modest Mouse is currently on tour through July 21, 2018.