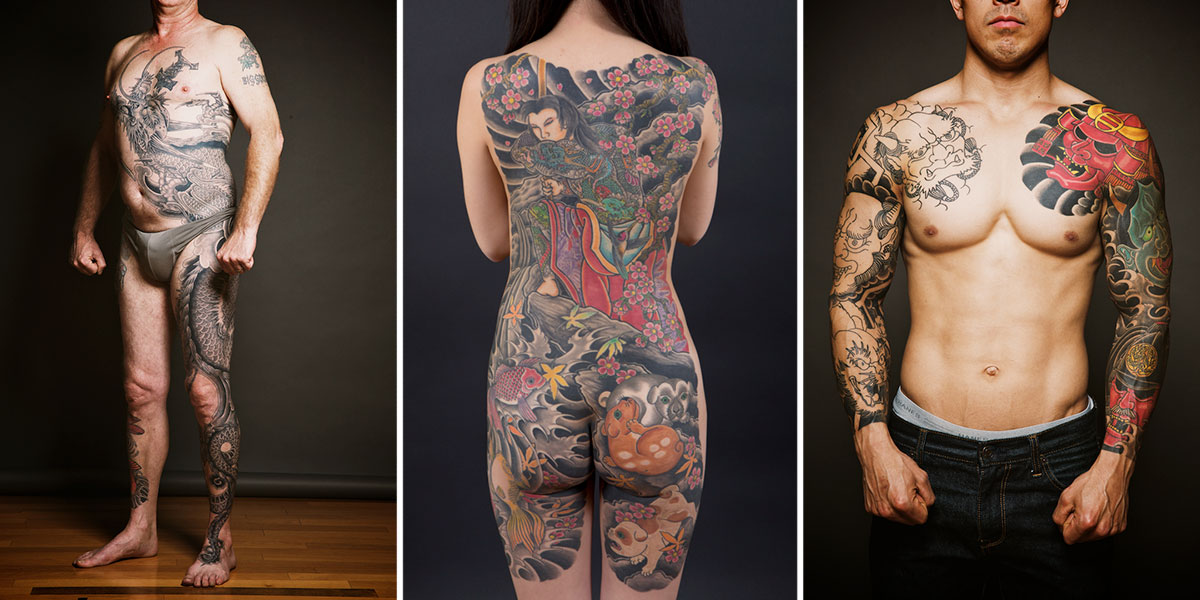 Ryudaibori | A Master and Purveyor of Tattoo Art

Californian Takahiro Kitamura carries the torch of Japanese style tattooing with a steady hand, paying homage to both his own culture and the growing popularity of irezumi in the U.S.. His other hand wields the needle, which he puts to skin effortlessly, creating narrative designs permeated with symbolism. Takahiro, who tattoos under the name “Ryudaibori,” is also an entrepreneur who has built a sort of mini empire around his San Jose shop, State of Grace Tattoo. With meticulous attention to composition and symmetry, Ryudaibori is an artist who works to support and spread his craft by contributing to the industry both creatively and on various other levels.

When representing images and techniques as history-laden and particular as the ones that originated among the Japanese islands, one needs to fully comprehend the spiritual and visual significance behind the art. Takahiro, who grew up an American immersed in his heritage, lets his love for the country of his ancestors radiate from his tattoos. Choice of placement is a huge part of this- the symbols and the movement of nature that surrounds them complement eachother. Takahiro’s geometry and curvature evokes a harmony that could have only originated among cherry blossoms and rugged coastline, yet manages to retain the heavy drive of aspiration that tattoos of that capacity tend to reflect.

Ryudaibori also has a number of curatorial and published accomplishments under his belt, including his position as co-founder and co-host of the Bay Area Convention of the Tattoo Arts. He has given talks at colleges across California, and curated an exhibition for the Japanese American National Museum last year. Knowing that, we can consider him a crucial member of American tattoo community, an individual that doesn’t hesitate to promote other artists and organize events which honor the culture. Thanks to people like him, the industry is always evolving, as is the art itself. Takahiro has published five books, his latest being the aptly titled I Love Tattoos, in 2012. Based on his depth of experience, Ryudaibori’s writing is sure to offer an insider’s perspective and the wisdom that comes from years of dedication.

There has to be a certain level of respect present in a tattoo studio; a respect for the body, a respect for aesthetics, and a trust between artist and receiver. However, there also needs to be a respect for the artwork and what it represents. Ryudaibori has embraced tattooing as a part of himself, and that profound knowledge and reverence for Japanese-style imagery is what makes him a master of his profession and a purveyor of his craft.