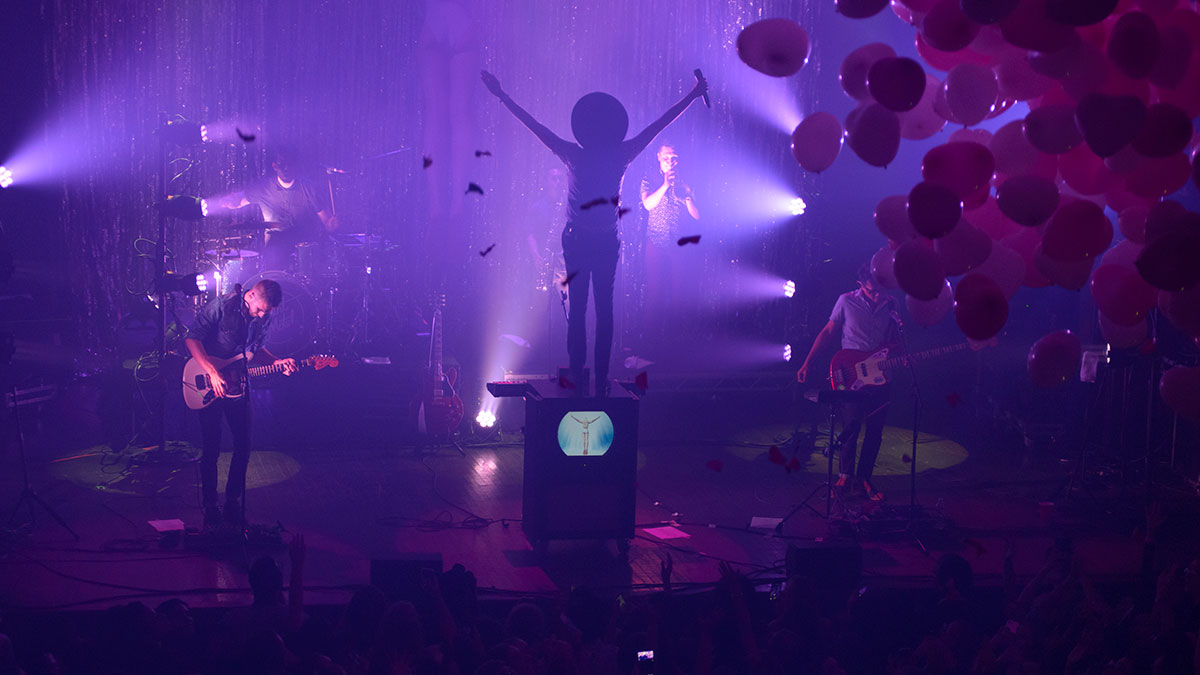 A big-ass party, (can I say that?) with heart-shaped balloons, blinding bright lights on rotating heads, and a mob of screaming and leaping fans. THAT is how one celebrates an album release and, that was the occasion on a night which saw Saint Motel take their live performance to new heights. That can be taken two ways as lead vocal/pianist/guitarist A/J Jackson made his way from the stage, to the balcony, and back, in one of several highlight moments honoring the arrival of saintmotelevision.

The atmosphere bordered on frenzy before the band emerged from backstage and completely crossed the line from there. Covered in a blue haze that only seemed to change colors throughout the night, Motel cut through the noise and had pockets of fans from left to right jumping in place right along with them. There was standing room only and even less if you were one of the vendors trying to keep from being pushed around by people on the boundaries. Factor into that a sea of hands waving and shooting every which way, and you get a hell of a show.

Between songs Jackson spoke a very special message to the crowd in saying “If you don’t know the words it’s okay. Make ’em up.” It appeared to be the license many needed to throw themselves in 100% because boy did it get louder. Louder in fact through the last track when it became the moment of truth. When there are balloons wrapped in a net overhead, you know everyone has seen them and it’s then just a matter figuring out how to get yours.

Well ahead of any of us, Saint Motel showed on the night that they knew how to get theirs and, just like the lucky few who were able to leave clutching one of those pink, air-filled hearts, for being at Webster Hall that evening, they were too in the right place, at the right time.