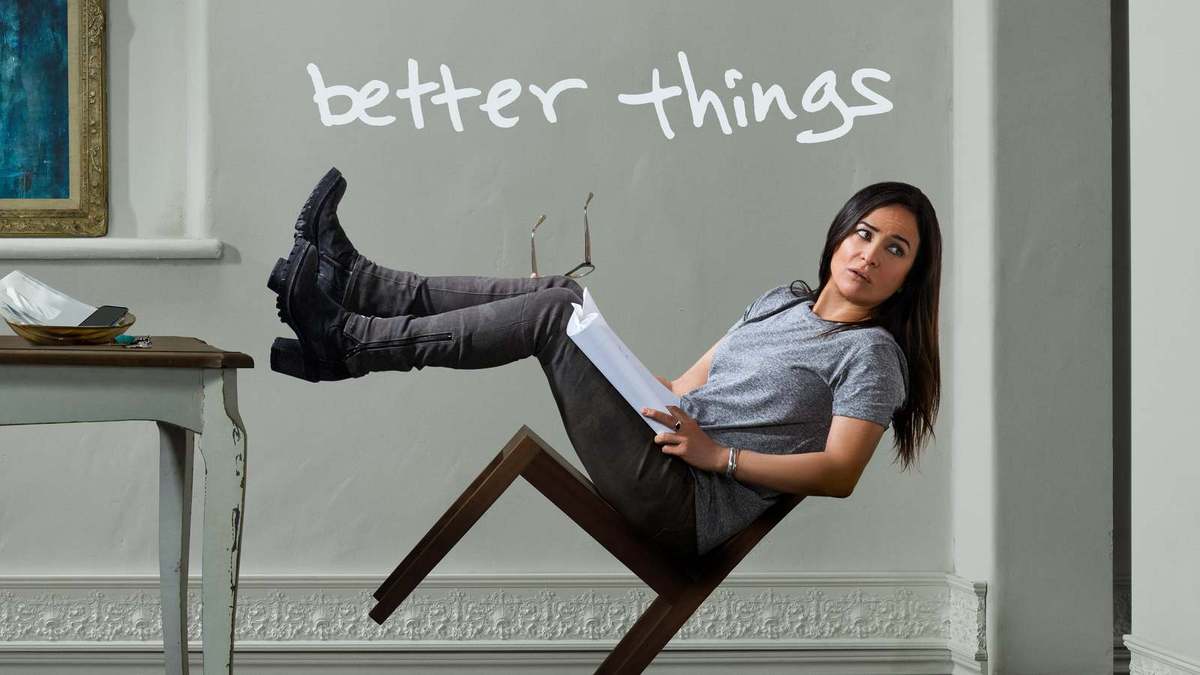 LIFE IS BETTER WITH ‘BETTER THINGS’

Let’s face it; life is messy. Very rarely does our vision for ourselves come to fruition. Some of us thought by 25 we’d be married with children. Others thought they would be making 6-figures by 30. Some of us did not realize we would have to take care of our parents in our 30s. Or that movies and tv are not real life. Or that we’d love our career paths. Life is messy. At times life sucks. However, that does not mean it has to be all ugly all the time.

Since 2016, Pamela Adlon has shown ‘Better Things‘ viewers that there is sheer beauty in the mess that is life. As tough and ugly as life can get, there is an art to it. Last night’s season premiere of the critically acclaimed ‘Better Things’ showed us, yet again, how remarkably beautiful our messy lives are. And how talented Pamela Adlon is.

In episode 1, Pamela Adlon’s Sam takes us to Chicago where she drops her eldest daughter, Max, off at school. Meanwhile, Sam is struggling with real-life issues: perimenopause, her mother’s dementia, a ‘near-death’ experiences on the flight home after being groped by TSA, an at time degrading job, and two other daughters at home in Los Angeles struggling with their share of messy problems. Like in seasons before, Adlon navigates her often mundane life with sarcasm, authenticity and the right amount of love. The right amount that does not cross that cheesy “This is Us” line. In one scene as her freshman daughter abandons her at Chicago bar to hang with her new friends, Sam acknowledges just that, “I want my big, This is Us milestone moment goodbye hug!”

If episode 1, Season 3 is indicative of how the remaining season will play out, it will be it’s best, most authentic season yet. ‘Better Things’ was #1 on our “Best TV Shows of 2017” list, and so far Season 3 is better. Season 2 ended roughly in the press. Writer and co-creator, Louis C.K was accused of sexual harassment. Adlon for her part did not condone his behavior. She distanced herself from Louis C.K. and the manager they shared.

Meanwhile, stories were written about whether or not “Better Things” would continue and if it did, would it hold up?  Could the magic continue without the male co-creator? The allegations against Louis C.K. led to Adlon questioning whether or not she would remain with the show. Thankfully she did. Thankfully she found the beauty in that mess. And hopefully this is the last time we reference him when talking about this show.

Most of these stories were sexist. How could Pamela Adlon write her show about her own life without Louis C.K?  How could a woman write about being a woman alone? Adlon hired her first writer’s room, which included women and she took full control of the writing, directing and producing, which she started to during Season 2. And in many ways, it seems that was how it should have been all along. That through life’s messes can come something so beautiful and worthy of our attention. That there is art in all that chaos.

With seven episodes to go, we highly encourage you to tune in. And watch Seasons 1 and 2 if you haven’t already.

Find the beauty in your messy life and laugh at it! Enjoy it.