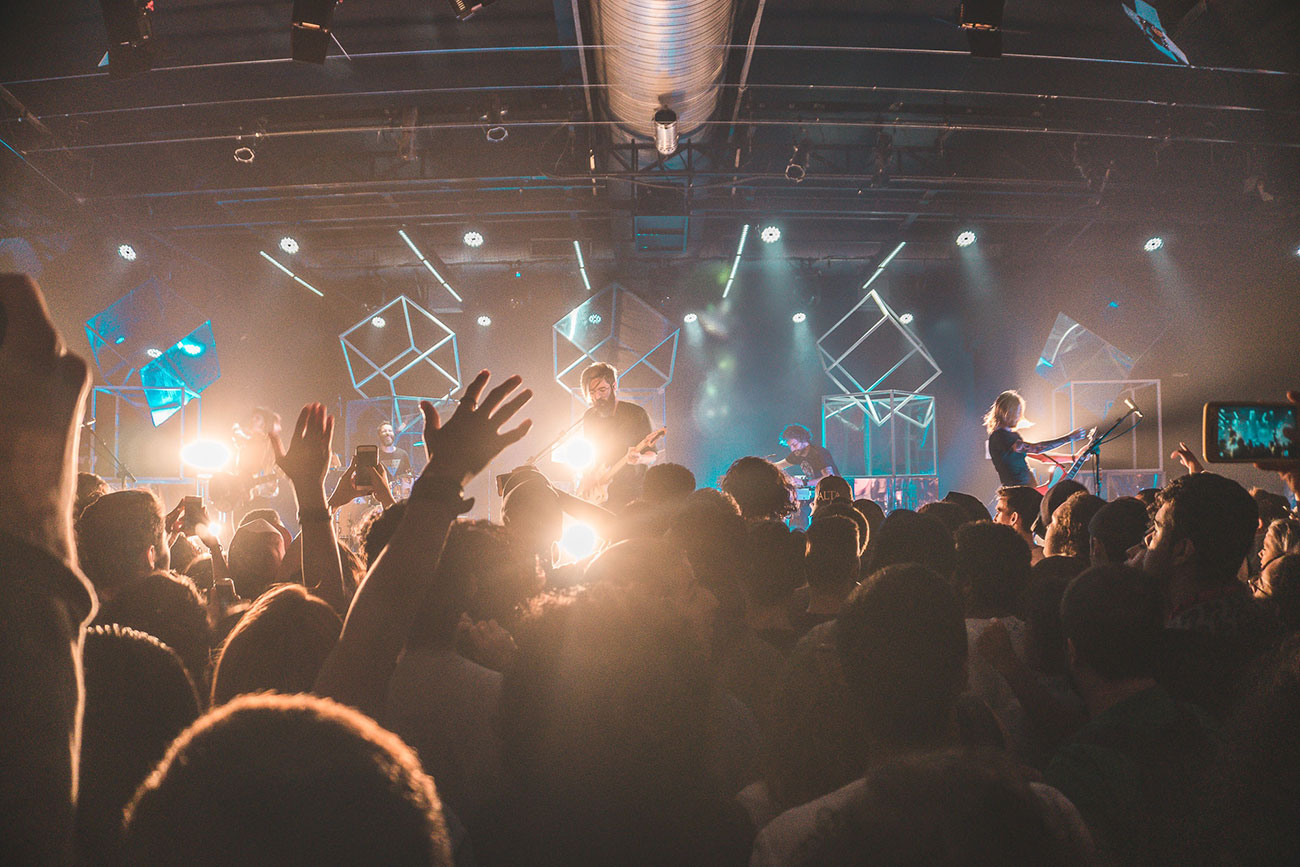 Music, like most forms of media, is now consumed mostly in digital format. This evolution started when CD sales overtook those of vinyl before the end of the 1980’s. The turn of the millennium brought with it broadband internet and rapidly increasing use of MP3 files. This rise was driven by the popularity of the Apple iPod, and music that could be purchased by downloading from online outlets such as the iTunes store.

Today, music streaming rules supreme, with three-quarters of the current US industry revenues generated from online streaming services. Spotify now has 83 million users worldwide, and 68% of the US population reported they have used YouTube to consume music. iTunes has long since rebranded as Apple Music, in a move to keep up with consumer preference for streaming over downloads.

The move to digital music has exacerbated a problem as old as the industry itself — that of copyright theft. Added to this, the music industry now comprises a great many intermediaries resulting in complex money flows which significantly reduce net revenues earned by copyright holders. Now, blockchain is poised to provide a much-needed solution for artists and songwriters operating in an increasingly beleaguered global music industry.

// The Problem of Copyright Management in Music

Each time we hear a song, the author or copyright holder should receive a royalty payment for the use of their work. However, there are billions of instances of digital music played each day — on radio stations, in bars, clubs and other public areas, sampled for remixes or a multitude of other uses.

Unfortunately, many online sites and platforms exist purely to share pirated copies of music files, along with other forms of digital media. Napster was launched in the early 2000s as a peer-to-peer music file sharing service. Soon after, courts ruled that it was in breach of copyright law, in a landmark casebrought by A&M Records and others.

Despite the ruling, plenty of other services sprang up in its wake. Music piracy is an issue that continues to plague the industry today. The Recording Industry Association of America (RIAA) estimates that music piracy costs the sector $12.5bn annually.

Legislative measures may allow copyright holders the right of redress, but they fail to prevent copyright breaches from happening in the first instance. First, an author must discover that their copyright has been violated, which is difficult enough given the volume of music played and consumed each day. Digital monitoring does exist on YouTube and other sites, but it is an ongoing challenge to keep pace.

Even if the copyright holder manages to establish that a breach has occurred, it can be a lengthy and complicated legal process to prove the level of damages caused. In 2012, Reuters reported on a case where the RIAA sued Jammie Thomas-Rassett, who stood accused of illegally distributing 24 songs on a music file-sharing site.

The RIAA, working on behalf of numerous record labels, was finally awarded $220,000 in damages. However, the case was heard multiple times over a period spanning six years, as various courts attempted to determine a fair settlement value for the incidents.

Copyright theft doesn’t just involve online file-sharing pirates. Individual musicians frequently “borrow” from the back catalogs of existing musicians. Rolling Stone Magazine even reported that “forensic musicologists” may be employed, as in the example of the high-profile ruling against Robin Thicke and Pharrell Williams brought by the family of Marvin Gaye. In this case, the court agreed with the forensic experts view that Thicke and Williams song “Blurred Lines” was sufficiently similar to Marvin Gaye’s “Got To Give It Up” to have breached the copyright of the latter.

Copyright theft isn’t the only issue that plagues the music industry. As streaming and online music have become more popular, it has become increasingly difficult for individual creators to ensure they get paid for their work. The money flows in the music industry are notoriously convoluted. A songwriter may agree to share royalties with a music publisher. Music labels, promoters, distributors or online streaming platforms may also take a cut of revenues so that the original creator often finds they are left with a meager portion of earnings from their work.

According to one industry quote: “20–50 percent of music payments don’t make it to their rightful owners”. (Fair Music: Transparency and Payment Flows in the Music Industry,” Rethink Music, Berklee Institute for Creative Entrepreneurship, July 2015.)

Against this backdrop, it is little wonder that the industry is crying out for a solution that prevents copyright theft and ensures that authors are paid fairly for their creations. This is where blockchain proves itself as a game-changer for the music industry.

// Transforming the Music Industry with Blockchain

Music copyright management on the blockchain provides a multitude of benefits to industry players over the current environment. Distributed computing along with the consensus protocols of a blockchain provide a means of secure storage and verification of authenticity for musical works.

Key encryption as a means for providing digital signatures ensures that copyright owners retain full control over how, and to whom, their work is licensed out for use. Each incidence of use is also verified and recorded permanently on the blockchain.

Finally, peer-to-peer connectivity simplifies revenue flows to ensure that copyright holders can receive direct payments from those who are paying for their work.

Putting this into practice, a blockchain music licensing platform allows any party involved in a music transaction to register their own account. On one side of the deal, a music author has their own account which provides functionality for them to upload their musical work securely, into their private storage space. Upon uploading the piece, the system provides the author with a unique key which is cryptographically linked to that specific work.

The author can then add their work into a digital music marketplace. They can specify the terms under which their work may be used. The author can set various rates for buying a copy, for playing the piece in public places, or for purchasing full ownership. Upon the user making their purchase, the funds for licensing of the work are assigned directly to the author’s account.

Each instance of licensing the work is stored on the blockchain itself, as well as each case of the song having been used under the terms of the licensing. Utilizing blockchain technology in this way actively prevents copyright abuse, representing a huge leap forward from today’s environment, where remedial actions after a breach has already occurred are the only option.

// A Step Change for the Music Industry

Global adoption of blockchain-based music copyrighting platforms offers far-reaching benefits to the industry as a whole. A verified digital global registry of music creatives and their portfolio of work reduces the chances of disputes over originality. For authors of the more popular tracks who end up losing out to pirates and file-sharing sites, their work and thus their royalties are protected. Instant direct sales mean no hefty commission fees paid to streaming platforms.

For smaller artists, blockchain music platforms offer a more democratic ecosystem than is currently available. Blockchain provides a means of connecting with audiences directly, bypassing the plethora of intermediaries. These intermediaries are usually financially incentivized by the big recording labels which only want to promote their own signed artists.

Entrepreneurs in the music industry, such as event organizers or operators of independent radio stations, have access to a blockchain-based library of recorded works that they can easily purchase for use in their business. They can also do so without having to incur the commissions charged by intermediaries such as promoters.

Moving into the future, the ongoing development of blockchain music platforms could bring further benefits to artists, by crowdfunding events and performances directly from fans. The progress made in non-fungible digital tokens could ultimately allow artists to create and sell their own, authenticated, one-of-a-kind digital merchandise with ownership recorded on the blockchain.

Taking a holistic view, blockchain offers the opportunity for the music industry to free itself from the current bureaucracy which is crippling both profitability and creative throughput. Blockchain platforms provide an empowering solution for an open, fair and transparent music industry ecosystem with an emphasis on value-based earnings for creators. In the end, the only ones who stand to lose from this environment are those involved in unlawful breaches of copyright.

Blockchain Business Review from Apla provides high-quality educational material from the world of blockchain to inform the business community of the competitive advantage that can be gained by integrating distributed ledger data storage within organizations. Our mission is to promote knowledge about blockchain and its uses in both the private and public sector and demonstrate the value of blockchain integration. Article Originally published on Alpha Blockchain Business Review.