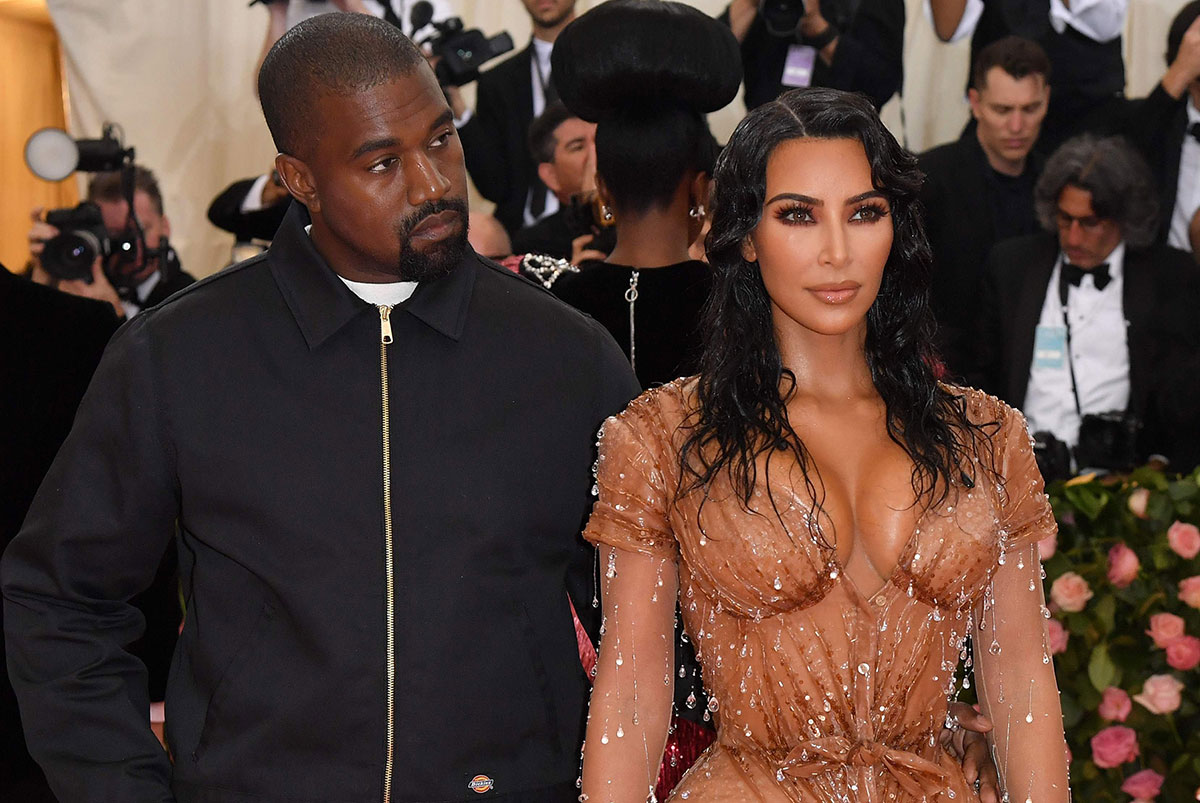 Kim Kardashian Is a Better Person Than You

A phrase I’d like to retire forever: “guilty pleasure.”

I’ve watched every single episode of all 11 seasons of Keeping Up With the Kardashians, many up to 20 times (see e.g., “Kris The Cheerleader” [Season 2, Ep. 4], “Free Khloe” [Season 3, Ep. 1], “Blame it on The Alcohol” [Season 4, Ep. 10]). I have zero guilt about this. And I’m guilty all the time. Guilty about how I treat my loved ones. Guilty about the number of chemical substances I need in my body at all times to feel normal. Guilty about draining the earth’s resources while providing nothing positive in return. And guilty about, in the words of Rihanna, a few other things I cannot mention.

But I’ve never been guilty about my fascination with the Kardashians. Because in a world where most things are hopeless and depressing, they make me laugh (remember when Kris briefly became a mime??) and touch my heart (the toast at Khloe’s engagement dinner kills moi). And in a culture where most things feel stale and uninspired, they never, ever, bore me. (Okay, fine, sometimes I’m bored when Kim is speaking.)

Another phrase I’d like to retire: “famous for being famous.”

WHAT DO YOU THINK FAME IS, BITCH?

I don’t think fame has ever been about talent, and I’m not alone. Roughly 10 years ago, a Stanford University study set out to explain the persistence of stardom — even where talent is nowhere to be found. Their conclusion: fame is simply about driving conversational fodder. Marilyn Monroe did it, Princess Diana did it, and nobody does it better than the Kardashians.

In the past few years, the mainstream media has shifted slightly from dismissing the Kardashians as mindless trash to hailing them as feminist entrepreneur girl bosses. But as much as I love a matriarchy — and there is no place men are more cast aside than in the Kardashian Industrial Komplex — by far the most interesting thing about the Kardashians is their ability to keep us on our toes.

I could write 7,000 words on Kardashian plot twists over the years, but I will stick to my following three favorites:

And just when I think I’ve seen it all, Kim announces she’s taking the bar exam to become a criminal justice lawyer.

Kim is changing activism much in the way the Kardashians revolutionized fame and beauty standards.

Of all the Kardashian twists and turns, this one threw me for the biggest loop. Mostly because I am a lawyer myself. And throughout law school, I was way more interested in reality TV than I was in the Supreme Court or whatever. The law just always felt so tired and stilted. A Good Old Boys Club. A universe where things are this way because they’ve been this way, with insufficient awareness of how fucking problematic that rationale is in a country like the U.S., where things have been this way mostly because of racism and sexism and classism, among many other bad -isms.

The law felt like the past, and the Kardashians were the future.

Throughout law school and my brief stint as a lawyer, I watched Keeping Up to unwind at night and escape my bleak fate in this male-dominated, blazered hellscape. And then, just as I’m leaving the law to become a writer, Kim Kardashian tells Vogue she’s taking the California bar exam. She’s being mentored by two lawyers from San Francisco (where I practiced) and plans to do criminal justice work (my former field).

What the literal fuck!?

It all began when Kim learned of Alice Marie Johnson, a 63-year-old woman who’d been in an Alabama prison on a nonviolent drug charge since 1996, via social media. Kim was appalled that this grandmother received the same sentence as Charles Manson for a first-time nonviolent offense. She sent the story to her attorney and said, “What can we do?” A few months later, Kim convinced President Trump to grant Johnson clemency.

I was as excited with this result as I was with Kanye’s aesthetic revamp of the Kardashians.

Hollywood activism tends to feel performative and empty at best, counterproductive at worst. Celebrities throw garish galas and preach of equality, ignorant to the irony that they’re draped in blood diamonds. They wear black on the red carpet and think it will solve the gender pay gap. Professors Philip Hackney and Brian Mittendorf wrote of charity galas: “[t]hese inherently contradictory events intended to help people in need double as vehicles for the rich and famous to show off their largesse.” Experts find these lavish parties frequently fail to raise more money than they cost to throw or barely break even.

Kim’s effort felt valiant in comparison. She gave a woman her life back. Sure, you could say she did it for press. But she told Vogue it was actually the opposite.

If there is a more valiant use of your celebrity than getting a person of color out of prison, I cannot think of one.

“I made a decision to go to the White House when everyone was telling me, ‘Don’t go, your career will be over; you can’t step foot in there.’ And I was like, ‘It’s my reputation over someone’s life?’ Weigh that out. People talk shit about me all day long. It will just be another story about me versus someone getting their life back.”

During the process, Kim was working with Van Jones and Jessica Jackson, co-founders of #cut50 — a national bipartisan advocacy group on criminal justice reform. A criminal defense lawyer and friend of mine has interacted with #cut50 at conferences. “They all speak very highly of Kim,” she told me over text.

Kim Kardashian’s intersection with my former professional world is truly the last thing I expected. But I’m obsessed with it. I didn’t make it as a criminal justice attorney — mostly because I couldn’t make myself care about draconian formatting rules — but there are few professions I have more respect for.

I always knew Kim was a smarter and better person than me.

Kim is changing activism much in the way the Kardashians revolutionized fame and beauty standards. Unlike earlier socialites like Paris Hilton, a rail-thin blonde who was born into wealth and made fame appear effortless, Kim is an unapologetic hustler. In fact, she was initially Paris Hilton’s assistant. Journalist Anne Helen Petersen called Kim’s rise to fame “a postmodern industrial American dream.” While Paris Hilton’s name was built on a white man’s business empire, Kim — the offspring of Armenian immigrants — built her fortune on her curvy body and unyielding work ethic.

Likewise, in using her influence to get a woman out of prison, Kim is changing the nature of celebrity activism. Anyone with money can throw a party, but preparing for the California Bar Exam is hard — it was by far the most intellectually rigorous experience of my life.

As of today, Kim has met with President Trump at the White House multiple times to get pardons for inmates serving long prison sentences for drug offenses, and she receives piles of letters every week from prisoners pleading their cases. In the Vogue interview, she talks about one case in particular that caught her interest; she’s meeting with California’s governor Gavin Newsom soon to make a direct appeal.

Anyone who’s worked in or even read about criminal justice knows just how many people are in prison who don’t deserve to be there. And thanks to Michelle Alexander’s watershed book, most of us know how the criminal justice system serves as the new Jim Crow. If there is a more valiant use of your celebrity than getting a person of color out of prison, I cannot think of one.

In the fall, I was interviewed for a reading series I was in.

// What are you working on that you’re really excited about?

I’m working on a book proposal called “Bad Lawyer.” The goal is to unveil the sanctimony associated with the law through a combination of personal essays and broader critical analysis. It feels particularly relevant in light of the Kavanaugh scandal, which has revealed the shocking amount of reverence the average person has for the Supreme Court — essentially a reactionary conservative institution. ALSO, my Kendall Jenner fan account (@queerkenny) is an ongoing creative project and endless source of trivial pleasure.

I wrote about these two projects side by side in part to highlight their incongruity and sound multifaceted and dynamic.

The joke here is on me.

Anna’s debut memoir, Bad Lawyer, will be published by Hachette Books in Spring 2021.