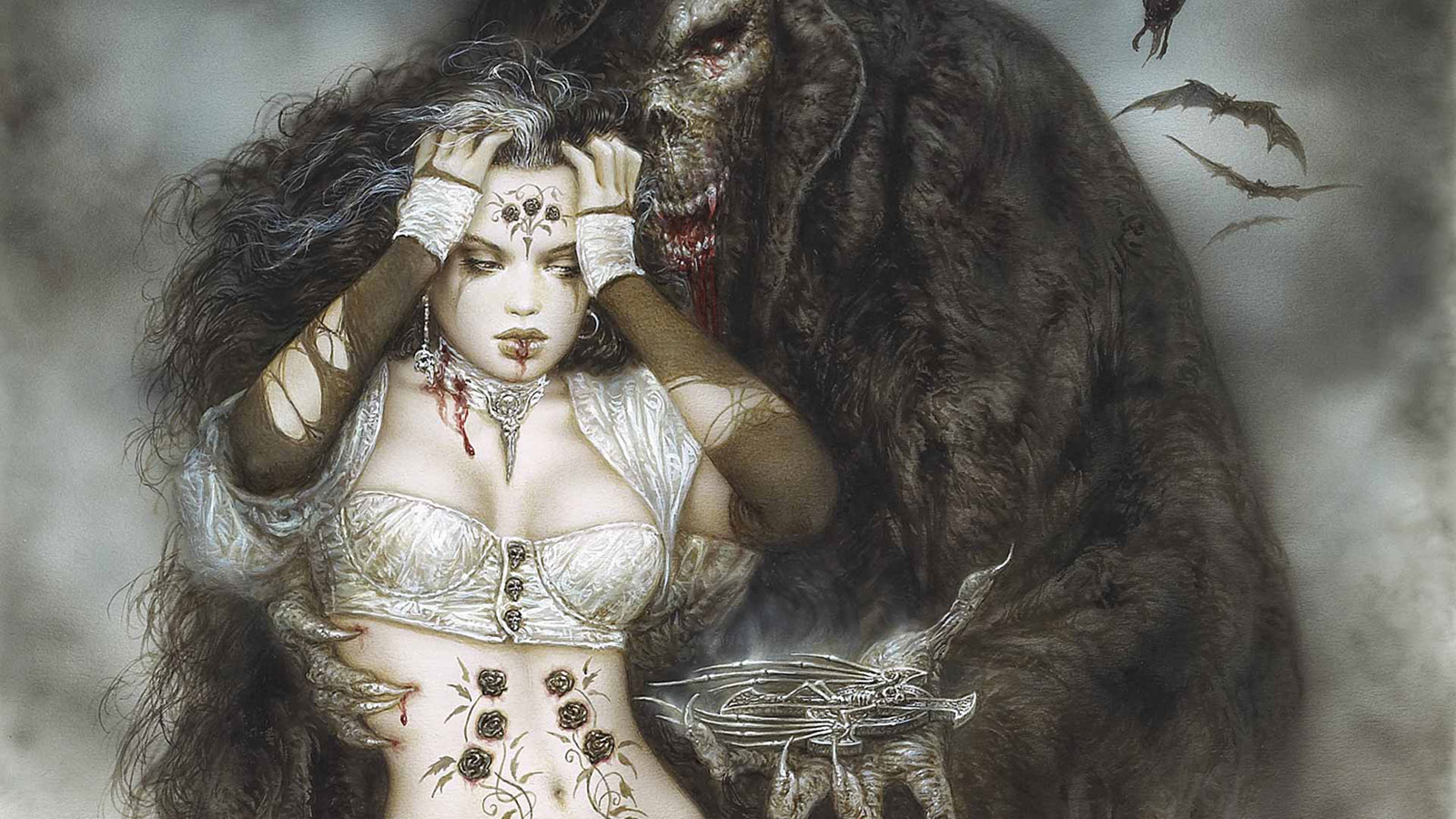 To Spanish artist, Luis Royo, art is an overwhelming subject. Not only does art have countless meanings, it also has room for an immense amount of interpretations. Luis contributes to the ever evolving concept of art in his seductive, yet dark, paintings. His work has been featured in many different forms such as in video games, CD covers, sculptures, novels, etc. Due to his ability to create work for many different types of media, Luis’s art has gained popularity in several different counties such as the United States, UK, and Sweden.

While partly clothed, illuminated women are the focus of Luis’s work, his paintings represent more than just beauty. Luis experiments with the women’s figure, as well as exploring complex plots within his work. By mixing fantasy elements with realistic looking women, Luis is able to bring power to the female form. The subject’s lack of clothing empowers them, rather than degrades them. From one look at any of Luis’s paintings, it is clear that the subject is a strong and confident figure.

By using dark tones for the majority of his paintings, Luis is able to create deep contrasts with small pops of color. Many paintings include different light sources in the background, allowing the women to become illuminated in the darkness. This technique draws even more attention to the female figures, pulling the audience’s focus deeper into the subject. With so many small details, one could look at any of Luis’s paintings for extended periods of time and never settle on one particular meaning.

Luis’s work is truly a representation of his inner dream state and creativity. Not only is he able to create a story from a blank page, but he is able to create stories that have so many different dimensions and interpretations on just one page. The ability to create such unique work is not only highly impressive, but also showcases Luis’s passion for creativity.