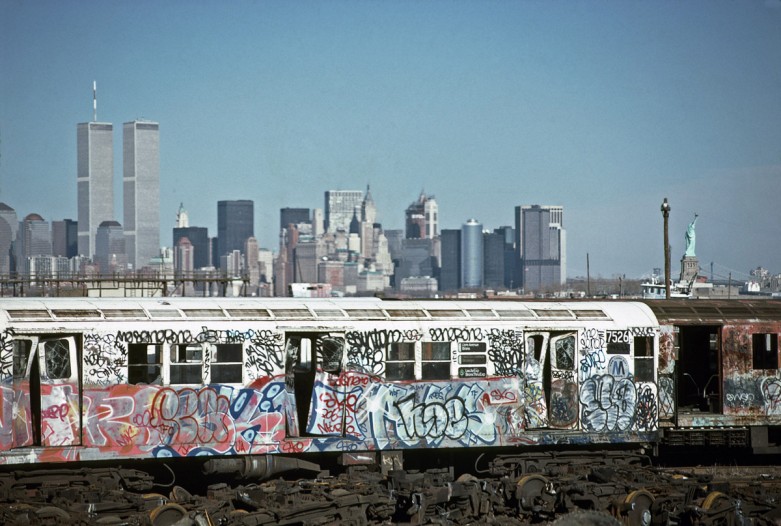 New York City, I Love You (and you never bring me down)

To accept New York City is to love it honestly.

A couple of weeks ago I was getting text messages from friends I haven’t spoken to in years. Each sent similar words, “are you doing okay?”, “what are you going to do now?”, “I am sorry for your loss.” Earlier that day the New York Times announced: “Barbuto, a Casual Fixture in the West Village, Is Closing.” The famed New York City restaurant that predated the Highline opened in 2004. I have spent many hours sitting at the bar. Sometimes with friends, but often alone. I have met many people including some of my closest friends there at 775 Washington Street.

One of my earliest memories at Jonathan Waxman’s Barbuto was from a weekend back in October 2007. That weekend, I also attended the LCD Soundsystem and Arcade Fire concert at Randall’s Island. LCD Soundsystem, a Brooklyn-based band, ended their set, much like they often did and still do, with: New York, I Love You But You’re Bringing Me Down. The song is the most reflective anthem for what it feels like to be a New Yorker in New York. It captures our constant struggle of I love New York, but I miss what it used to be. New York stop changing; you are perfect the way you are.

Throughout my life, I have lived in New York City. Manhattan to be exact. I often think about what it means to be the quintessential New Yorker. It wasn’t until Cumming’s remark about how New York is always changing that I realized the quintessential New Yorker is someone who understands this very point. The more New York City changes, the more it stays the same. New Yorkers know this. Yes, we also complain about this, but we would not have it any other way. The best way to spot a New Yorker vs. someone who’s is “visiting” and living here for a few years  is to see how they react to how New York changes.

Take the much discussed and debated MTA. The subway system has always angered people. It is the equivalent to car traffic in Los Angeles. It has always been an issue and will always be an issue. Those who get most annoyed by the subway don’t understand the subway or respect it. Just look at the tweets, people are upset about how their train is overcrowded or runs late, or they get stuck underground — none of this new. And I hate to break to you, but the subway will always come with its share of issues. Most of us are just happy that it’s still under $3 and the cars have air conditioning. You arriving late to work isn’t the most pressing issue facing the subway. Just like the dog didn’t really eat your homework.

Also there is ALWAYS going to be construction and scaffold. There is not more now than before. I remember growing up my mom complaining about how all the roads were constantly getting repaved. This is nothing new.

Much of what LCD Soundsystem’s James Murphy wrote in 2007 is still applicable today. And it was appropriate in 1980 and 1960 and yes, in 1860. New York is always changing. New people come here for opportunities and then leave a few years later. But many of us stay and are part of that change whether we like it or not. As much as New York changes many of us still squint and see the New York of years past.

I still cross 6th avenue in Chelsea and look downtown and see the Twin Towers. I often walk out of my office and think I caught a glimpse of an old checkered cab. Walking around Williamsburg, I still see the factories that my parents told me they worked at. As I leave Yankee Stadium, I look across the street and see the house that Babe Ruth built. All those cobble streets of years past? I still see them. I know I am not alone. As much as New York City changes, those of us who have lived through these changes still see it’s past. We still see the beauty in what it once was, what it is today and what it will be tomorrow.

Barbuto is closing after 15 years, and friends jokingly texted me to check in on me. I wrote back to all of them with similar messages of: “well that is New York.” Barbuto is not the first and won’t be the last institution I frequented to close. Before Barbuto moved into their space on 755 Washington, it used to house the annual Elizabeth Glaser Pediatric Aids Foundation kids carnival. As a kid, I used to attend with my uncle who has been at the forefront of HIV/AIDS research since the 1980s. A time when the HIV/AIDS epidemic was affecting the communities of downtown Manhattan. An epidemic that New York was able to overcome and has since been so ingrained into our city’s culture and it’s history.

New York is not perfect. There is a lot of change we need to push for: closing income gaps, higher wages, affordable housing, access to public transportation for all New Yorkers in all communities throughout our five boroughs especially for those who are disabled, free wifi, better education, more diversity in our high schools, more investment in infrastructure, parks, we want more parks, a police force that better represents our community, and access to affordable if not free health care, among many other things.

But with that said, our greatest strength has always been our people. New York City has an estimated population of 8.55 million. 44.6% of the population is white, 25.1% is black, and 11.8% are of Asian descent. 27.5% identify as Hispanic.  No matter what closes or what changes, who we are and where we come from ensures that New York City will always be changing and we are resilient to endure those changes. We, together, faced the tragedy and trauma of September 11th. We have faced adversity head on time and time again and we have rebuilt, better and stronger.

New York, I love you, and you never bring me down. You are perfect and you better keep changing.