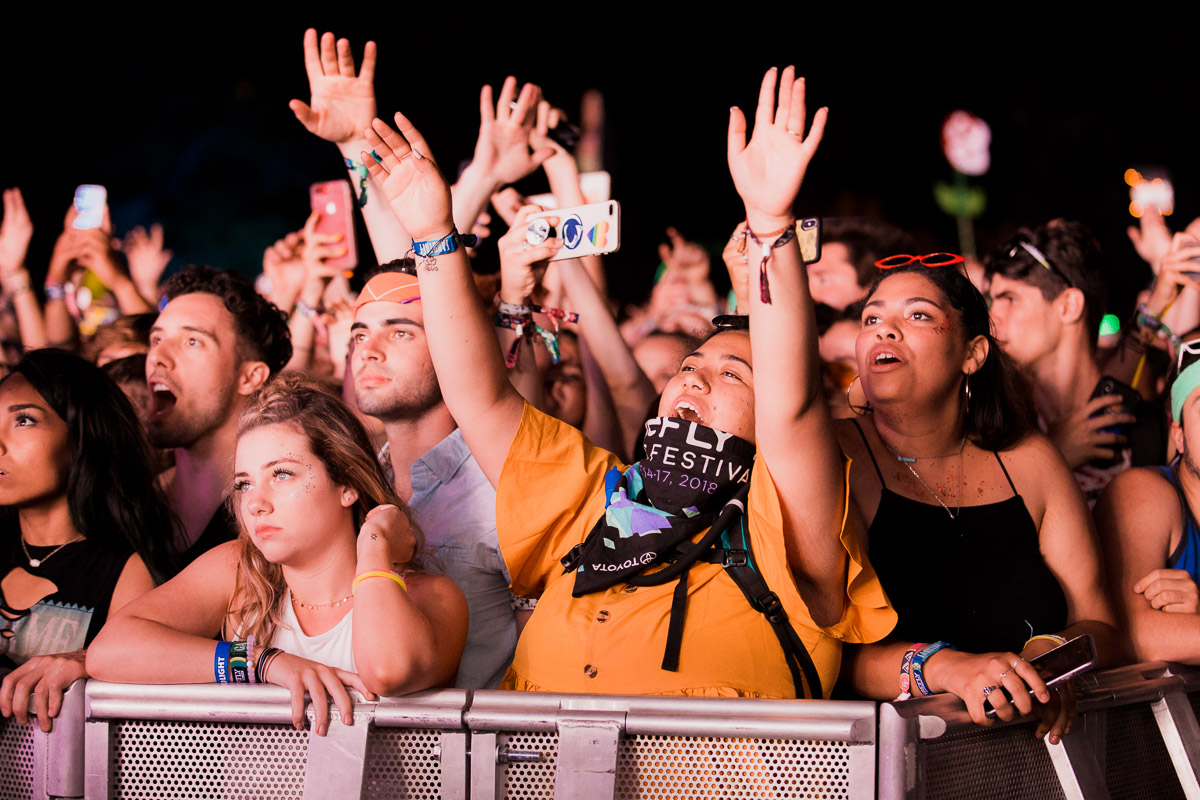 The countdown had finally reached zero and everyone began to race to The Woodlands in Dover, Delaware for Firefly Music Festival. One of the most highly anticipated festivals of the year, Firefly offered a star-studded line-up surrounded by colorful lights, good energy, and greater people.

The sun was out and hot but it was nothing like the energy that irradiated around you as I made my way through the gates of the festival. Everyone dressed up with their friends, laughing, dancing, singing, and talking about who they cant wait to see perform. I began my day with some chill vibes from Gus Dapperton over at the Prism stage before rushing to the main stage to catch an energetic performance from Awolnation that whole lawn on their feet.

As the sun dipped down and everyone was relieved to have the beaming sun off of them a new energy entered The Woodlands. Colorful lights filled the trees, ground, and structures. Glowsticks, hula-hoops, vibrant outfits all around.

It was time to really party and dance and no better to hit the stage at this time was Tyler The Creator. Dancing onto the stage dressed as his character Igor he then changed outfit and performed several songs from his discography. Following Tyler was Panic! at the Disco who rocked the house and left a very nostalgic feeling with everyone.

To end the night everyone rushed to the Prism stage where Zedd graced everyone with a bass booming performance that gave everyone a last push of energy after a long, exhausting day. As the lights go out and everyone begins to make their way to their cars and tents I couldn’t help but wonder what Day 2 would bring.

Graced with great weather, the sun was back out and shining down on the festival. Day 2 had a great line up of artist that I wanted to check out from all different genres. King Princess stole our hearts with her songs of love, White Panda had us dancing, and $uicideboy$ started the mosh pits. Death Cab for Cutie hit the main stage to put down a performance that had a huge crowd singing along with their hands up in the air.

Over on the Prism stage Brockhampton burst out onto the stage draped in silver jumpsuits putting on one of the most high paced and energetic performances of the weekend. Following them I think almost everyone rushed to the main stage because it was time for the most highly anticipated performer of the weekend, Travis Scott. Astroworld came to Dover with a burst flames and a beat drop so hard the crowd was raging with excitement. Travis Scott is an unworldly performer, rapping, jumping, running, dancing, all while not even looking drained of an ounce of energy. He even performed a new, unreleased song before closing the set with the Drake featured hit “Sicko Mode”.

You could tell by day 3 the party and sun was beginning to get to people a little but everyone was pushing through for the last leg. Catching some traction off latest hits and working with Kanye West, 070 Shake put on a great show even debuting new music and announcing a new album coming soon. LovelyTheBand and Quinn XCII put on back to back great performances over on the main stage. Yungblud came over from across the pond to rock the stage in true Rock star fashion slamming guitars and throwing mic stands.

No matter what type of music you are into, what you look like, or who you are there was nothing but love and fun at Firefly. A true celebration of music, art, and life. I came not knowing a single person but I left with a bunch of new friends from all over. This festival is great enough to even draw in people from other countries. Firefly is by far the best festival that I have had the opportunity to attend. a great line-up, amazing staff, and a great environment leaves an experience you wont forget. I cant wait for next year and if you did not make it this year I hope to see you at the next!