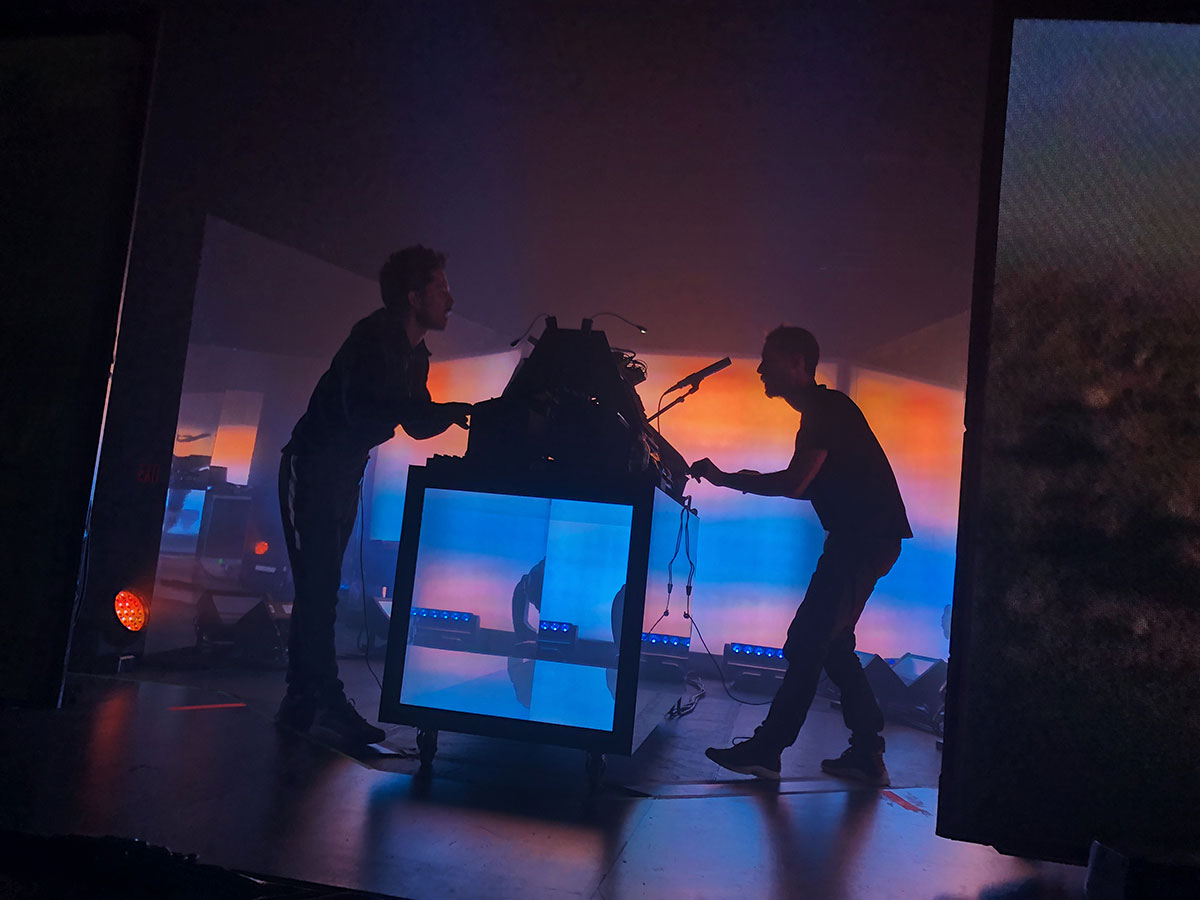 The Blaze, a French duo, who had their US debut earlier this year in the Gobi tent at Coachella, sold out Knockdown Center in Maspeth. Cousins, Jonathan and Guillaume Alric released their first single Virile in 2016 followed by and EP – Territory in 2016. The Blaze released Dancehall – their first full length album in September and recently kicked off their North American tour.  I discovered them on Spotify earlier this year, and realized after I made the decision to skip Coachella 2018, it could have been my only chance to see them. Thankfully, I moved to New York from Miami a couple months ago, allowing me to catch one of the shows on their tour.

Knockdown Center is an event space that hosts a wide variety of events. I arrived to the sold out show expecting the venue to be completely packed, but to my surprise it was quite comfortable and the bathroom situation truly rules here. The feel of the crowd was super cute (mostly cute guys who spoke French ;)) and everyone was dressed to the T.

They opened with the prelude to their album and the two screens divided. They’re setup facing each other with an LED screen on each side of them. The crowd was f e e l i n g it. They pretty much played their entire discography but some honorable mentions are She, Runaway, Territory (my fave), and Juvenile. The deep eclectic vocals shine through their performance and sound even better than the recorded album. Compared to other acts, they’re so simplistic, yet have the most amazing performance and transitioned their songs so well, keeping the crowd constantly moving. The duo went to film school and they direct their own visuals so the quality of their visual content is A++ and really gave a dramatic touch to their performance. Check them out in the below playlist and if they’re touring near you, I 1 0 0 percent recommend.