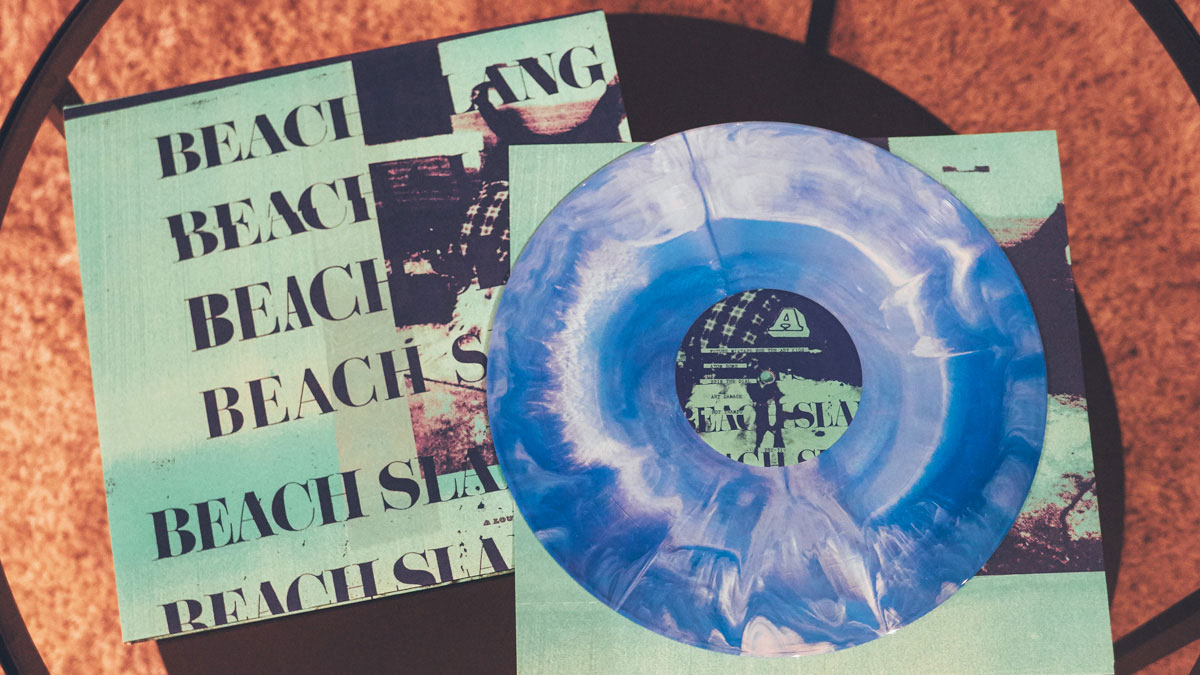 A LOUD BASH OF TEENAGE FEELINGS

The things we do to find people who feel like us. The stories we tell, the pictures we draw, the music we make to make sense of it all- that’s the message we got from Beach Slang‘s debut studio album, released last year. Number two came out last month, and with a pleasantly direct title like A Loud Bash of Teenage Feelings, you can expect the best in 2016 punk rock from the Philly group, currently a duo. It’s also the last group of recordings done before the twin departures of guitarist Ruben Gallego and JP Flexner. A departure marked by a release, however, doesn’t seem so much a departure as it does a segue into Beach Slang reimagined. Experiencing a split at the exact moment that a band begins to gain steam creates a gaping chasm, but if there’s sparks there beneath the fabric, it’s an even better opportunity for them to come bubbling up to the surface.

“Future Mixtape For the Art Kids” gets things going right off the bat with our first teenage feeling of the album- and it’s right on point. With the vocals distorted and the guitar doing a mellowed out crunch, the song is an assessment of a generation. There’s comfort in the line “I hope you never die,” and something significantly darker weaving in and out of the words for the kids. With that said, somehow, this two and a half minute ‘mixtape’ makes me feel alright about the future. They get it.

“Spin the Dial,” which comes at number three, is especially harmonious and good-natured, with a high pitch and a penchant for rhyme. Then there’s “Hot Tramps,” which actually has none of the grease and perfumed sleaze you’d expect just from the title- it’s also relatively well-mannered except for the sharp edge the words form with Alex’s breath, slipping in and out of the tight instrumentals and visions of the face he describes in the song. “Punks in a Disco Bar” marks the halfway point of the album. This track has the essentials- a neat little riff, big drums, and a complete vocal spectrum from James Alex, whose raspy cords are something punk rock never got enough of. Lyrically honest, instrumentally daunting, it’s a narrative disguised as an easy-to-digest and easy to move to track. It’s your heart and your mouth, simultaneously going off the charts at that disco bar, and Alex reminds us how easy it is not to care.

“Wasted Daze of Youth” is just as killer, basically summing up the clumsy pop punk romance of its title with the self- explanatory line, “I kiss your mouth to taste your spit.” If you’ve ever heard anything from Banner Pilot, this rolls off that same thread of no qualms, zero regrets, and a long string of nights ahead with nothing to do and nothing to prove.

“Young Hearts” is more tender than its predecessors, and Alex matches the pace with his signature vocals which, strangely enough, feel to me like the natural richness of someone like Springsteen; huge and authentic at the same time. “The Perfect High,” on the other hand, is just as fast and euphoric as it sounds. The guitar comes in beams, single notes that surround the sun struck utopia created by the lyrics. Alex finds his high and sings about it in such a way that it can’t only be a love song. “All this junk could’ve killed me,” he admits, and, against the simple but echoing instrumentals, we enter a dreamscape in which nothing matters but the perfect high, whatever you may be. The album closes with “Warpaint,” which is one of my favorite tracks of the whole thing. It’s a mantra, almost spoken, and addressed to whomever needs a reason to get up and out of the state they’re in. In the end, it’s just a man speaking his words while another man strums chord after chord on an electric guitar, and that’s what gives it significance. The track was written human to human, human to world, just a simple attempt to figure things out.

A Loud Bash of Teenage Feelings is as emotionally charged as it sounds, but without pushing the pop punk to its limits and without losing a bit of the original improvised sound. With the speed of their ascent in the last two years, I wonder where Beach Slang will turn next. However they do it, I’m sure their next release is going to document their growth just as vigorously as it will their approach to the wild trajectory of punk rock music.