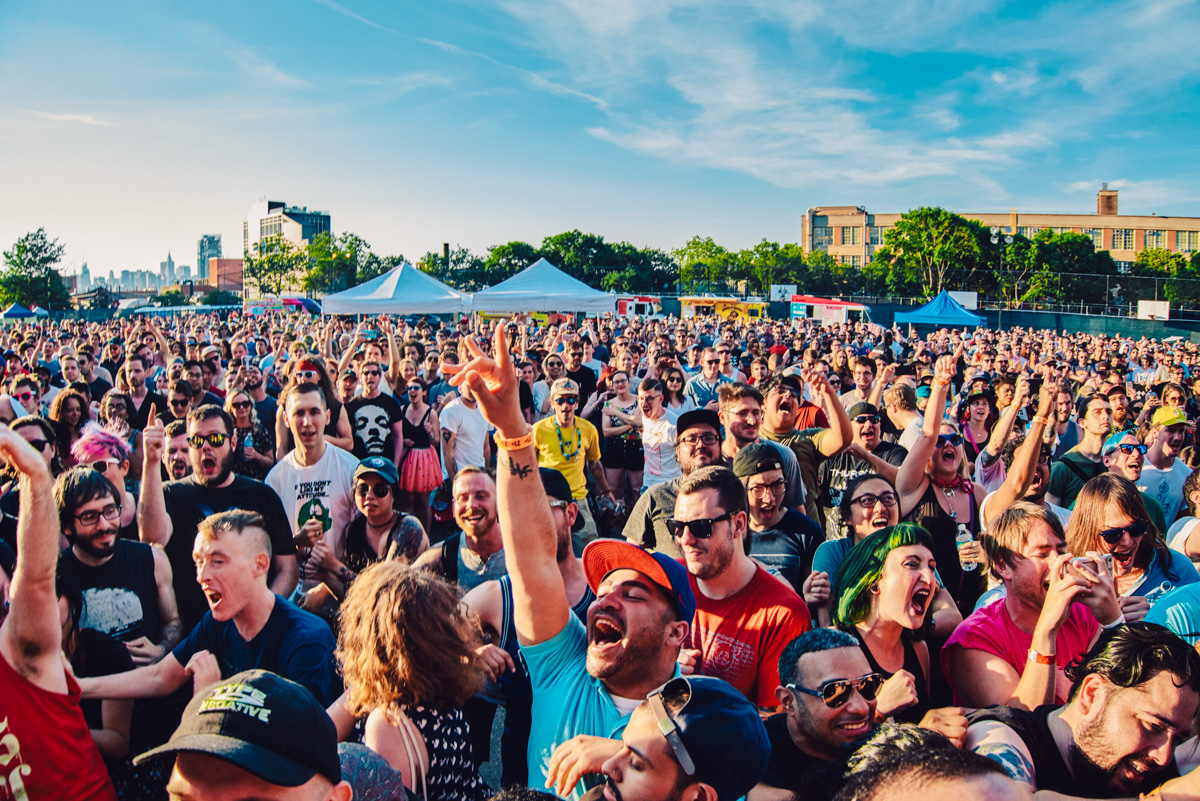 HOW TO PROVIDE A TAILORED EXPERIENCE FOR THE MILLENNIAL GENERATION

ALL RISE FOR THE MILLENNIALS!

Last month The New York Times reported, ticket and suite revenues at Yankee Stadium “had fallen by a staggering $166 million since the end of 2009.” That is a 42 percent loss over the last seven seasons.  Yankees’ managing general partner Hal Steinbrenner responded in the report, “Baseball, I think, has somewhat struggled with the millennial problem. We recognized in looking at our fan base, we recognized in looking at our viewers on YES, that that age group is not what it could be and not what it should be.”

I am a Yankees season ticket holder. I have been for a few seasons. My seats are in the right field second deck, second row, just behind superstar rookie Aaron Judge. Judge, for those of you not following the sport, is this year’s big story. HIs teammates have called him the “most gifted” player ever. He’s been compared to every Hall of Fame position player you can name. His opponents have only praised him. And every time he is at bat, sports commentators say, “All Rise for the Judge.”

Over the off season, the 8 year old Yankee Stadium went through renovations. According to the Yankees, these enhancements were due to fan’s suggestions. Kevin Dart, the vice president of ticket sales, service and operations for the Yankees spoke to Business Insider about the enhancements, “The experience is kind of focused on creating an environment for every type of fan to the game at the stadium.” As Yankee owner Hal Steinbrenner said, there is only one age group they are trying to win over: Millennials.

In a statement last year Steinbrenner said: “We have listened to our fans and ticket holders and their top requests were for more family-friendly and socially-oriented spaces at Yankee Stadium. Yankees’ fans will now have many more dedicated areas for spending time with guests who have tickets in other sections of the stadium, allowing all guests to be able to enjoy the game with multiple vantage points while having unique food and drink options available to them.”

I’ve spent as much time hanging out in the common areas than I have sitting in my own seats. Sure, the 2017 Yankees might be the most exciting baseball team of all time and that’s bringing more young fans out to the stadium. However a lot has to do with the Yankees’ organization listening to the fans. They made the appropriate adjustments in a timely fashion. We should not ignore that.

I predict by the end of the season the Yankees will release impressive numbers that suggest younger people are attending. The Yankees will have to work every year to ensure the experience is worthy for the millennial fan. If they do, the fans will show up.

I wrote a couple months ago, if you’re business is struggling it’s probably your fault and not millennials. In that post I discussed how Nike is altering their retail environments to create experiences for the millennial consumer. I argue that in doing so Nike is winning the “‘battle’ with Adidas.

Following that post and another millennial related post, “Has Aziz Ansari Cemented His Role As the Voice of Millennials?” I received a ton of feedback from readers who took issue with the word “millennials”. For me a millennial is someone born in the early 1980s to the early 2000s. Not everyone born during these times are the same. However, there are lots of common themes that differentiate those born between 1980-2000 then previous generations.

In a CNBC interview from last year, Taylor Smith, CEO and co-founder of Blueboard — a company that sells experiential packages to companies — said Millennials “aren’t spending our money on cars, TVs and watches. We’re renting scooters and touring Vietnam, rocking out at music festivals, or hiking Machu Picchu.” In the same CNBC article a Harris Group study found 72 percent of millennials prefer to spend more money on experiences than on material things. Again not all millennials do but 72 percent give or take do.

Just prior to this year’s Coachella, StubHub reported via Billboard that sales on their site for for the first weekend of Coachella alone was up 60 percent from the previous year. Although not as high, similar numbers occurred at this year’s Governors Ball and this year’s Lollapalooza sold out their 4-day passes in 2 hours and 24 minutes. It is important to note that Lollapalooza grew last year to add an extra day to accommodate the demand. All is not hunky-dory in the music festival industry. Some are failing. Some are losing money.

In 2016 it was well reported that Bonnaroo Music Festival plummeted to an all-time low. However in 2017, Bonnaroo attendance rebounded by doing guess what? Listening and reaching out to more millennials. By booking Chance the Rapper Bonnaroo believes they were able to sell an additional 20,000 this year.

This trend transcends large live events. Allowing customers the ability to buy things on your online shop from your physical retail space isn’t bringing customers in. Likewise If your restaurant is not photogenic and too darkly lit chances are younger customers will take a pass. My advice to brands, teams, companies: stop half-assing the experience. Stop thinking you can outsmart younger consumers. And stop referring to the things you used to know and open your mind to the things you don’t know.

Last month retailer Coach in an effort to “broaden its customer base to a young, trendier millennial shopper” purchased Kate Spade for $2.4B. Posting on Forbes, Richard Kestenbaum, a lawyer specializing in mergers and acquisitions in the apparel, retail and consumer sectors, wrote “the reliance that retailers and brand owners have had on brands to motivate consumers may be misplaced.” Kestenbaum’s argument is that younger people are more motivated by the price and discount.

That may be true. We also know that millennials are  wiling to spend more on a tailored experience than on a material thing. Kestenbaum is probably right when looking at the raw numbers. However maybe a brand like Coach is having trouble with millennials not because Kate Spade is more appealing but because they don’t know how to create an experience for the younger consumer. Isn’t it possible that if a millennial is willing to spend more money on experiences that they would be willing to buy more expensive material objects if the experience was better, a la the Nike SoHo store?

Also, Kate Spade? Kestenbaum’s analysis suggests younger people are not as brand motivated as you might think. What heightened experience does Kate Spade bring to their retail environments? I suggest you read Nylon’s Kristin Iversen‘s excellent piece “How Millennials Killed J. Crew.” Iverson wrote “more than any other generation before, millennials seek individual experiences. This doesn’t necessarily translate into millennials only buying one-of-a-kind or high-end clothing, but it does mean that in a widening gyre that is the retail world, the center can no longer hold: millennials shop the margins.”

Iverson notes, “One thing that’s clear, though, is that the surest way to retailer death is by refusing to change course and adapt to a rapidly changing retail reality in which consumers hold a new kind of power, and aren’t afraid to use it.”

Fans used to line up to go to the Bonnaroo Music Festival. Then the owners got too complacent and the fans stopped showing up. Unlike Bonaroo, Lollapalooza paid attention and were able to grow their festival. Just because numbers say Kate Spade attracts a younger customer looking to buy a handbag does not mean they will keep buying those handbags. There are many factors in play here but what I do know is, it’s all about the experience, stupid.

Over the past few years, thousands of fans waited patiently outside the metaphorical Yankee stadium to get in. They stood out there day in and day out waiting for the Yankees to not just invite them in, but to give them an experience that was worth their time and their money. The Yankees finally listened. They built up their farm league to produce a player like Aaron Judge. They sacrificed a few thousand seats to give fans a better experience. The Yankees brought in craft beers and tailored food options. They gave fans the opportunity to have an experience. The Yankees listened.

Companies and brands that listen will succeed because the customers and fans are waiting patiently outside the doors. It’s the largest generation and they are willing to spend money. They just need to feel welcomed. It’s time to listen to them. It’s time to welcome them. And it’s high time to all rise for the millennials.