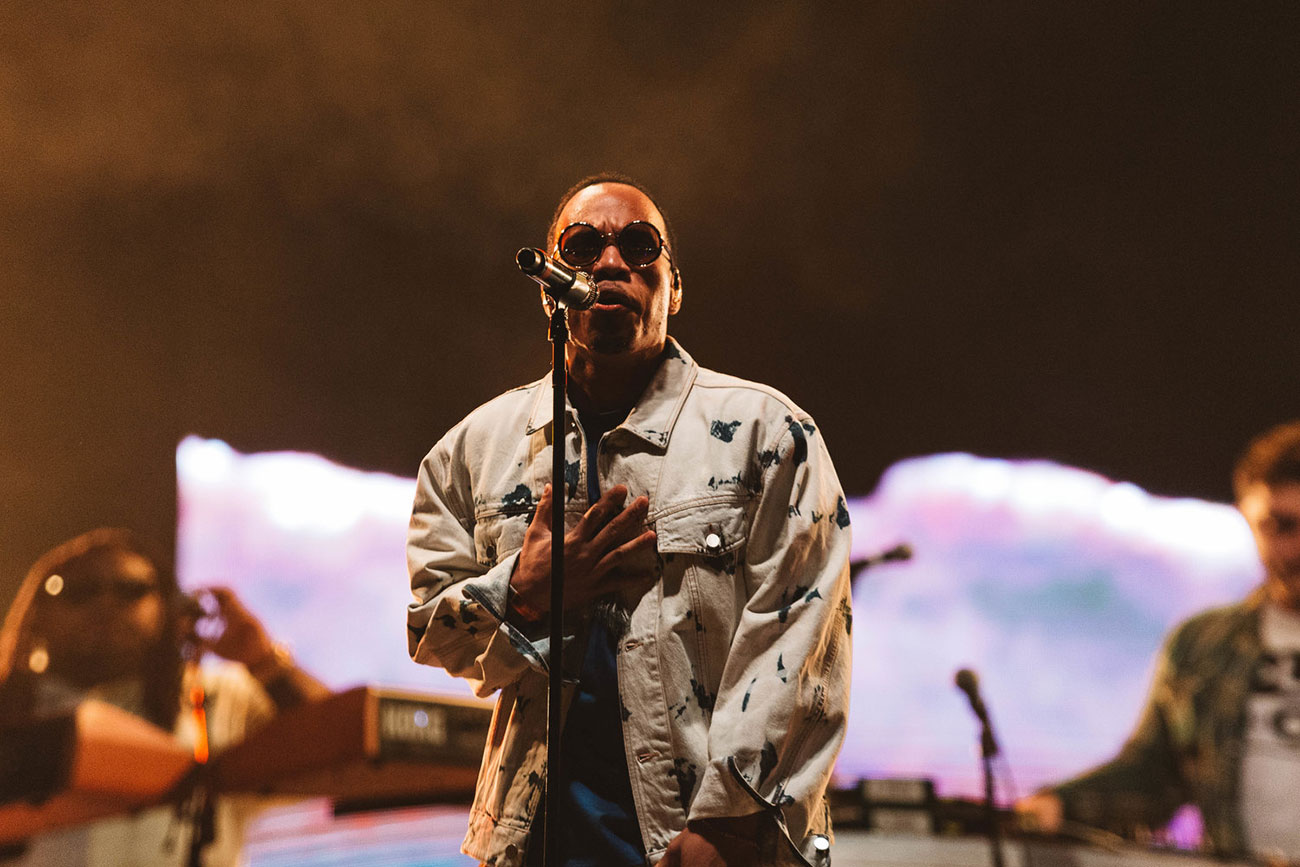 A NEW WAVE OF RAP IS COMING. HERE’S WHY.

WHAT WILL THE NEW WAVE OF HIP-HOP LOOK LIKE?

When Eminem, 45, released his album Kamikaze without warning, I was pleasantly surprised. While it was far from flawless, it revealed the legendary vet fed up with the state of mainstream hip-hop, with the lyrical dexterity to demand attention. He went at a number of rappers from the Lil Yachty to Drake. On Not Alike, with fellow Detroit legend Royce Da 5’9”, the hook mocks the opening of Migos’ biggest hit Bad & Boujee. On the opening, The Ringer, he takes aims at current troupes in the industry:

“I heard your mumblin’, but it’s jumbled in mumbo-jumbo”

“nine-tenths of your rhyme is about ice and Jesus Christ, man, how many times is someone gonna fuck on my bitch?”

After I finished the album, I began to think about other artists who have voiced their grievances recently, and my wheels started spinning.

This April, J. Cole, 32, released KOD. It also criticizes the current landscape in rap as well as aspects of society, continuing some of the criticisms from his 2016 loosie, Everybody Dies. On the closing song, 1985, he addresses young trap rappers of today with less aggression than he had 2 years prior in exchange for more compassion:

I must say, by your songs I’m unimpressed, hey
But I love to see a Black man get paid
And plus, you havin’ fun and I respect that
But have you ever thought about your impact?
These white kids love that you don’t give a fuck
’Cause that’s exactly what’s expected when your skin black
They wanna see you dab, they wanna see you pop a pill
They wanna see you tatted from your face to your heels
And somewhere deep down, fuck it, I gotta keep it real
They wanna be black and think your song is how it feels

A month later, Soundcloud rap forefather Denzel Curry, 23, released the single Percs, off his amazing album TA13OO. This high-energy banger lampoons much of the subject matter on most trap records today:

Maybe I should go to jail to get my name up
Then get out and show you how to fuck the game up
Keep my name out yo’ mouth, keep yo’ chain tucked
Keep yo’ dame cuffed, I could make her famous
She’s a plain slut that loves it in the anus
I should rap about some lean and my diamond cuts
Get suburban white kids to want to hang with us
It’s your friendly neighborhood, I don’t give a fuck
Get it straight, I innovate; you ad-libs on a 808
Don’t need a tattoo on my face ’cause Denzel is a different race

What once looked like isolated incidents appear unique when put together: three of the most popular rappers of their respective generations are coming out against current trends in hip-hop. Because of this, in my view, a seismic shift is about to occur.

Now, of course, you’re already dismissing this. Rappers have been dissing others and what they perceive as whack for decades. You are right. But this is different. Over the last couple of decades, many of the naysayers have largely been underground — and older — rappers punching up at the mainstream. They also rarely use names. This year, three of the most celebrated and largely well-known rappers of their generations, decades apart in age, with slightly overlapping but separate, dedicated fan bases are not only speaking out simultaneously — they’re being specific.

We can continue examining history with the Ringtone Rap era, where rappers were more interested in making a quick buck, selling a hit song, instead of a meaningful project. Near its peak, in 2006, Nas famously declared that hip-hop was dead. Little did he know that just a few years later, Kanye would release his magnum opus, My Beautiful Twisted Dark Fantasy; Take Care would drop the year after that; followed by Good Kid the year after that— sparking a new era.

Nowadays, with streaming, artists like Drake and Migos are seemingly making projects not with the art in mind but with making the most money and to break records. With the mixed to negative reception of these latest projects and many trap albums in general, it is not sustainable. Compared to the Ringtone Rap era, there is more frustration with rap now, or at least it’s more vocalized, especially considering the current socio-political landscape. Who will be inspired by (the old) Kanye, Kendrick, Rapsody, Chance, and Tyler over the next few years?

Consider how socio-economics and politics have influenced rap. Ringtone rap manifested during a strong economy destined to recede. By the time Nas pronounced hip-hop deceased, the recession was almost here. Hip-hop fans would soon need something of deeper substance to help them get through life or at the very least voice their struggles. Soon, Barack Obama would inspire millions as the first Black president. This is the climate in which Kendrick, Cole, Drake, Chance, and Big K.R.I.T (the most underrated rap artist today) carved new lanes for themselves. They bucked trends and stereotypes of what Black men could be in mainstream rap and rose in popularity.

Look at the very genesis of hip-hop and its golden age. Hip-hop was born at the beginning of a recession in the 70s and before the introduction of crack into Black communities. Hip-hop was rooted in dance, but by 1982, Grandmaster Flash & The Furious Five gave us a message. By the mid 80s, deep into the crack epidemic and Reagan’s war of drugs, KRS-One was trying to stop the violence and encourage Black unity through edutainment. Public Enemy was bringing the noise. Rakim was dropping jewels. Near the end of the 80s, NWA gave the finger to the police. The Native Tongues were rising high and exploring new paths of rhythm.

Cut to the present. The rise of modern trap came on the heels of a recovering economy. Despite his faults, Obama gave most of the country and the world at large a sense of ease. I don’t have to explain how Trump and the rise of the alt-right have done the opposite. Tax cuts have historically been disastrous for middle class and poor Americans, and the aftermath of these cuts don’t look great. A GOP-led government guarantees assault on workers, women, the poor and other marginalized groups — especially Black people, the heart of hip-hop. Prosperity rap (coined by CMS), rap focused on how well one is doing, will also lose steam.

All this sounds interesting, but what would a new wave look like?

Dare I say..woke? Ok, woke..ish? These days hip-hop and that cliched term don’t seem to go hand in hand. Even two of the biggest voices for Black people, Kanye West and Kendrick Lamar, have at times fallen short in the eyes of some regarding women and even the plight of Black people in general.

Since the boom of social media, there has been an explosion of think pieces and conversations that have influenced Black consciousness. Topic diversity in rap has expanded; talking about mental health is no longer taboo; words and male behavior we thought were acceptable are slowly being left in the past. Already we’re seeing some of rap’s greatest artists put out projects, without the problematic subject matter in their previous work. I imagine that the new wave of mainstream hip-hop would be more respectful of women, shed its queerphobic rhetoric, and speak more to the current socio-political environment we’re in.

Trap is already exploring new ideas. Cardi B’s highly successful debut, Invasion of Privacy has been lauded by fans and critics alike because, compared to most trap albums these days, whether she wrote them or not, the lyrics are noticeably more clever and engaging. I don’t have to mention the refreshing sex positive, feminist message of the album.

As Erykah Badu’s song suggests, hip-hop is the healer. What lies beyond the nihilistic escapism in today’s rap? Many listeners with mental health struggles and substance abuse issues have taken comfort in the fact that the artists they revere have shared experience. While I understand that appeal, we can’t stay there forever, especially when some of those biggest stars, like Mac Miller, are casualties of it.

What happens when more mainstream artists stop numbing their minds, confront their fears & demons, and offer paths forward to their fans?Denzel Curry aggressively said that he’s doesn’t “fuck with the Percs” and encourages his fans to be the best they can be. Chance the Rapper put down the drugs and has become one of the most inspiring rappers of our time. Rapsody is picking up the torch Lauryn Hill dropped and is inspiring Black women and men alike. Kendrick, the best rap artist alive, hardly indulges and created an anthem that electrified Black America.

Ok, cool…So, when is this going to happen?

Well, the game has certainly changed since last decade. The old gatekeepers of music have lost power. Radio is dying. Blogs, streams, and social media are where it’s at now. There are more platforms to get exposed than ever before. If a song about being a cow (an amazing song, to be fair) can get almost 17 million YouTube views in a month, anything can happen at this point. In my opinion, like ringtone rap, trap will peak soon, if it hasn’t already this year. Given all that I’ve outlined, I would expect to see the new wave by 2021 at the latest.

KRS-One once said that hip-hop is the voice of Black people. Now, that music has become the most popular in the country. I’ve been waiting for hip-hop to go through a renaissance, similar to how Black television and, to a lesser extent, Black film are going through. We’ve already seen glimpses of what that could be, in albums like To Pimp A Butterfly, Laila’s Wisdom, Acid Rap, and Run The Jewels 2. The seeds have been planted. And if TV and film are any indication, its impact, home and abroad, could be incredible.

With an unprecedented socio-political, and soon economic, climate, there’s no doubt in my mind that something fresh is coming soon. I’m waiting for the next De La Souls, Public Enemies, Outkasts, and A Tribe Called Quests; more Rapsodys and Kendricks; artists who will push the genre in exciting directions and reach more people than ever before.

Hip-Hop, don’t let us down.