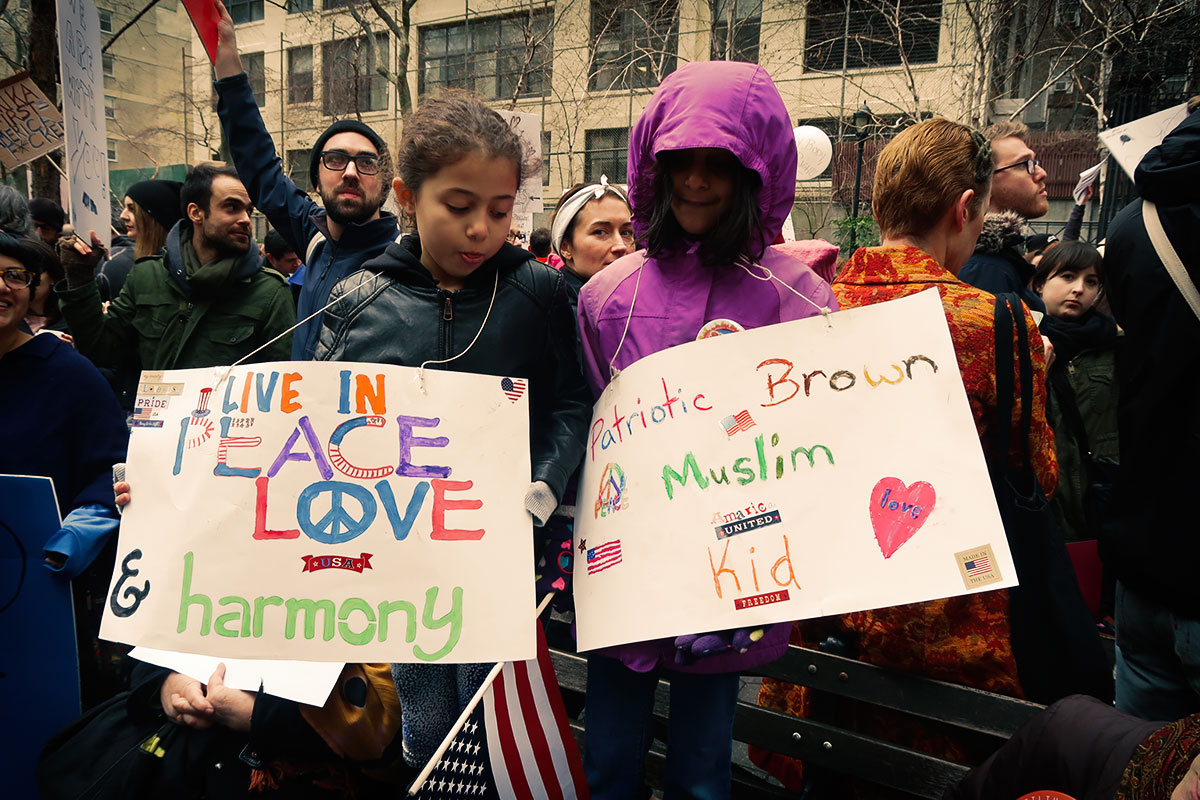 Women totally kicked ass in 2016 and were responsible for creating the majority of my favorite music. Thankfully it looks like that trend will continue to get even bigger, especially after yesterday’s Women’s March which as of now is the biggest protest in United States history with an estimated 2.9 million people coming together all over the country. Wow! Girl power and support of it is absolutely undeniable and is an amazing accomplishment in a world where people have been resorting to blurting out their 2 cents in the safety of social media and the internet. Nearly 2.9 million men and women got off their asses and took action, many with their kids alongside them. Leave it up to the women to organize and execute the biggest protest in U.S. history which also was completely non-violent. Fucking awesome! If you were out there or saw any news source including our Instagram Stories and Snapchat accounts, you can easily see that many were smiling. Although the message was clear, it really didn’t seem like a protest at all. That’s what we can do when we unite, and the message is even more powerful when there is no violence involved.

We wish more little boys were marching with us.

It didn’t even occur to me that a lot of bands I was listening to last year had female singers with strong female perspectives lyrically. This is why I love music and why I believe it’s the best platform to unite people. Obviously there are things I can’t relate to because I’m a dude, but I can totally understand where they’re coming from. That’s what empathy is, listening to someone and understanding where they are coming from- pretending you are them and trying your best to see how you would feel in their shoes. In the end it’s just great music and who cares what the sexual orientation of the band or singer is. Point is, I’m a straight man that can blast songs with girls singing about their periods, be in the mood to listen to a band like Against Me! who has a transgender lead singer, or put on a soulful track by Michael Blume, an openly gay R&B singer who sings about being gay. Can I relate to their words always? Of course not, but I understand their point of view and more importantly they just happen to make music that I vibe with and connect with on a level beyond what the lyrics are saying literally. Music is more of a feeling anyway and if you listen to an angsty song, even if the lyrics can be coming from a female perspective, you can still connect with the feeling of the song because everyone has felt angst in their lives at some point. Or maybe It just has a kickass melody line that you can’t resist humming along to.

Women shouldn’t be cat called just because they are dressed sexy or even if they’re not. They should be respected if they are your bosses. It’s wrong for certain banks to not let sex workers open accounts with them, and the list goes on. Abortion is still an issue? What year are we in? If you are like me or the 2.9 million Americans that marched yesterday, check out these songs that could have been anthems of the historical moment which will empower, inform and inspire you even more, or just listen to them because they’re just great songs. If you have no idea what I’m talking about or think this is a joke or exaggerations, I understand you too. Being a man, how can you possibly know how scary it feels to be a girl, followed late at night and you have to clutch your keys because that is the only thing you have that remotely resembles a weapon? She can carry a gun or a knife and some even do, but why does she even have to? The reality is, so many women deal with this way too often. Who knew right? You find out things like this when you LISTEN, and pay attention. Turns out hundreds and thousand of women have experienced something like this. What’s worse, some get raped or even killed. Now imagine that girl is you. Imagine she’s your wife, mother, girlfriend, sister, daughter, grandmother, aunt or cousin. I’m pretty sure your blood is boiling right about now. This is why all these people are concerned when an influential person says things like “Grab them by the pussy, you can do anything.” Doesn’t that make it sound like it’s OK to treat and look at women this way? Isn’t it logical and fair to say that statements like that can potentially enable people who were otherwise restraining themselves? You may not think that it’s a big deal, and say it’s just guy talk behind closed doors. Even if I give you that, it becomes much more when it’s said by leaders and people that are supposed to be role models. They have power, they have responsibility and most of all they have influence. Even if it was in the past, they still have to make sure that you show the public that you’ve learned and no longer feel that way. You have to make them feel safe. That’s what all of this is about. So when I put it to you that way, doesn’t it make so much sense why things like the Women’s March happen? But don’t stop there. Think about all the women that are not your family and think about all the other issues that still exist where women are disrespected and treated unfairly. What I’m talking about has nothing to do with who you voted for and it’s not an attack on anyone. No man should make a women or anyone feel unsafe., and everyone should treat everyone with respect. I’m just taking a very specific instance and explaining the point of view of that specific issue. Basically what I’m saying is, just try and listen to what someone else with is saying. Hear their side of the story. Try and understand, then explain, discuss, even educate if you feel they are wrong. You will find out things you didn’t know before. You’ll probably even learn that there isn’t even an answer or it’s not even about who or what is right or wrong. Sometimes it takes more courage admit you’re wrong. Just try to be the better man. Do the harder work and be the better person.

Someone I love is a sex worker.